Ian Duffill lives in Norfolk and describes himself as an amateur boat builder. The term amateur has unfortunate connotations, implying that if he is not being paid Ian might not be very good at his craft. His story suggests otherwise. Ian helped his parents fit out his first boat at the age of 10. Tinkering with boats since then he built his first one from scratch after a year training at the International Boatbuilding Training College in Lowestoft.  Hoi Larntan is the third boat Ian has built and the 47th in a long line of boats he has owned.

The Skiff arrives as a kit designed and supplied by Alec Jordan in Fife http://jordanboats.co.uk These boats have become tremendously popular in recent years, partly because they are beautifully designed, relatively inexpensive and easy to handle in and out of the water, but mainly I think because of the spirit of the communities who buy and build them. All over the world (over 100 kits have been sold) groups of enthusiastic makers and sailors have come together to share the pleasures of creative communal activity and then compete gently and sometimes not so gently in races with other St Ayles owners. Several Hebridean islands have risen to this particular challenge and ancient island rivalries have been agreeably re-introduced.

Shortly after the millennium year, Ian visited the Shiant Islands just north of Scalpay. He had already read Sea Room, the book written by the Island’s owner Adam Nicolson, and returning home emailed the author to ask whatever happened to his boat Freyja. Within minutes he received a reply suggesting that Ian might be just the person to become Freyja’s custodian. After appropriate negotiations the boat, built by the last of the acknowledged masters of this specialised Hebridean craft, John Macaulay of Flodabay, arrived at Ian’s home and workshop in Norfolk, where it was repaired and maintained for nearly ten years.

Freyja’s design made it less suitable to the restricted waters of Blakeney harbour and last year it was returned to its birthplace in Macaulay’s workshop on south Harris. I hope on my next visit to photograph the boat and its creator, and can highly recommend Sea Room as a beautifully written evocation of the romance of wild island living in the remote Hebrides.

Please make your screen as bright as possible
to see the pictures at their best!

Click on a picture to scroll through full-screen versions. 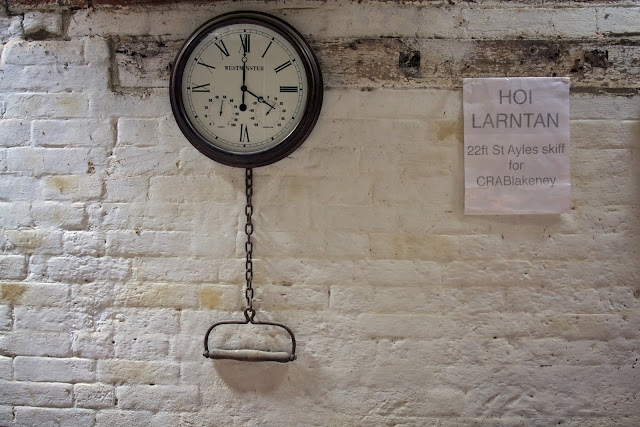 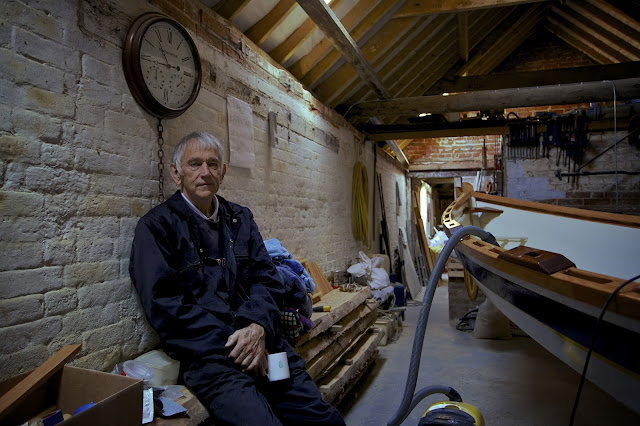 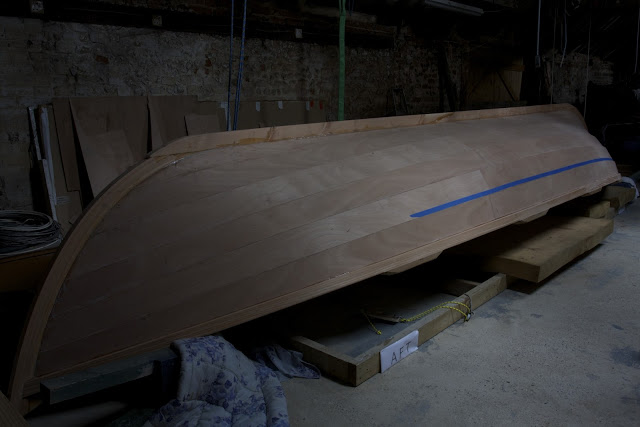 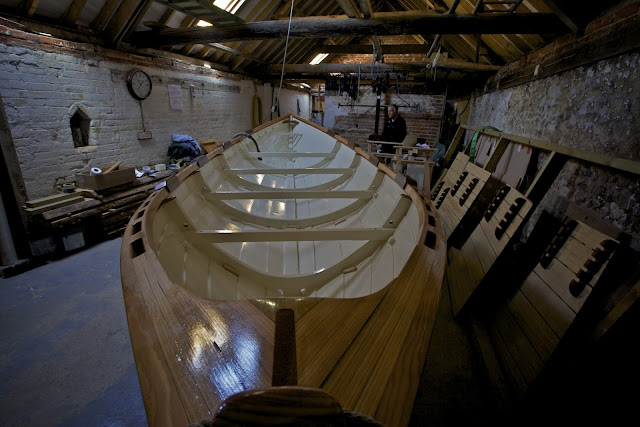 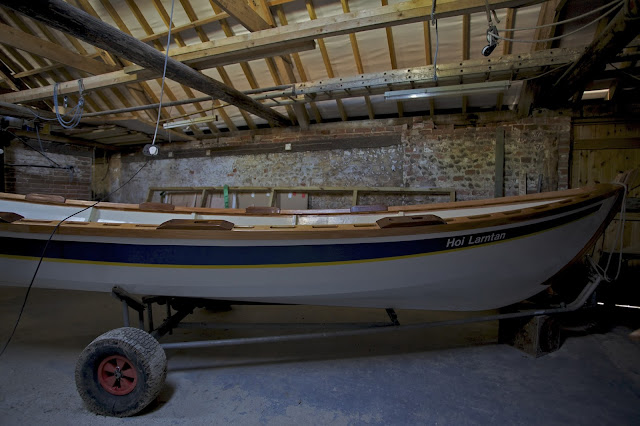 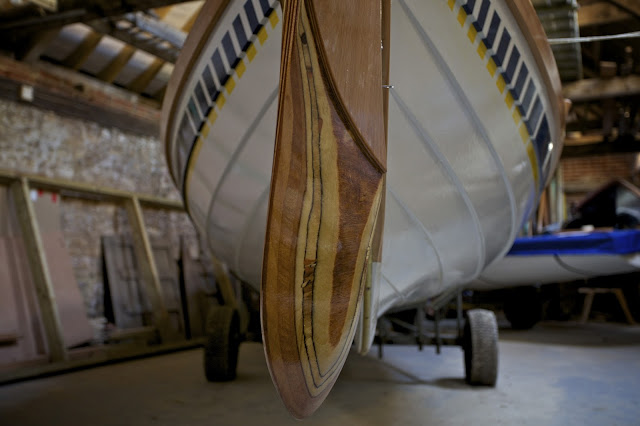 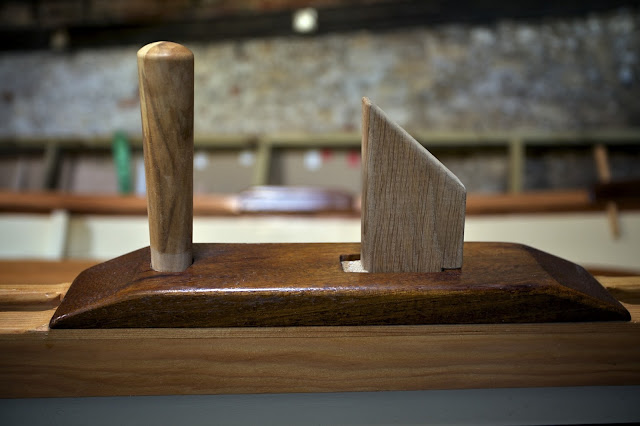 This is where the oars go on a St Ayles Skiff. The wedge on the right is a kabe, in this case made from a spare oak gatepost Ian found in the next village. The piece on the left is a thole, a sacrificial plug which snaps if too much forward pressure on the oar is exerted due to underwater obstacles, thus preventing greater damage to the boat. The Skiff is powered by four rowers with a cox. There are no significant metal parts with the exception of a five pence piece embedded in the keel to pacify the spirits of the ocean. 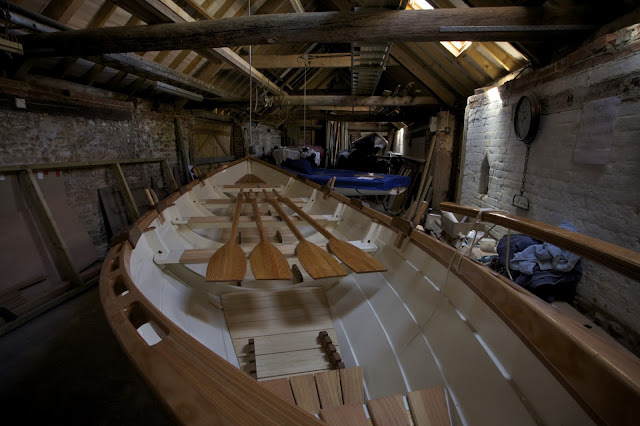 Posted by Richard Denyer No comments: